This is a great piece of history.

Travel Tips in France and Further

French and Foreigner alike walk quickly past this little blue “vitrine” glass box which contains the only witness left in Paris to the commencement of one of the worst eras in France’s history 100 years ago.

On 1st August  in 1914, Germany  declared war on Russia. That same day the French government which was in an “Entente Cordiale”  with Russia and had promised to come to its aid if attacked by Germany,  declared its own military order to mobilize over 3 million Frenchmen as soldiers immediately.

Posters calling men to arms were stuck on village walls all over France. 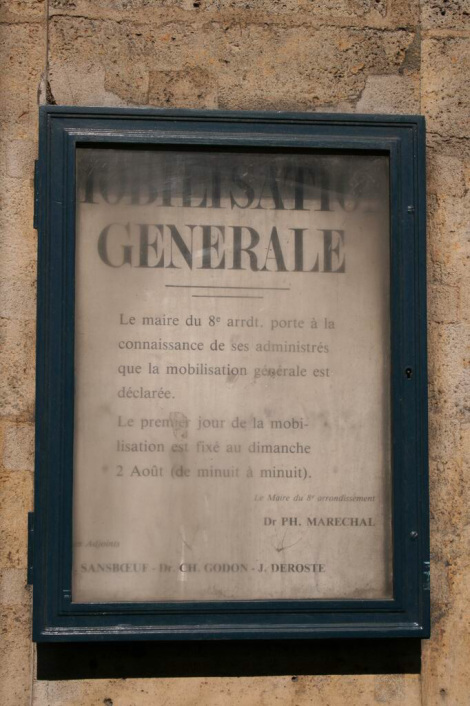 Call to Arms in rue Royale today protected in glass

The very first poster to go up was on 1 August 1914 in rue Royale near Place de la Concorde in Paris.

The remarkable thing is that this poster is still in… 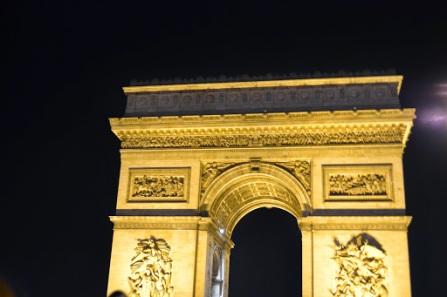